Prime Minister Justin Trudeau’s government took the first step Thursday to modernizing the rules that govern how the government provides services in English and French..

Treasury Board President Scott Brison and Canadian Heritage Minister Mélanie Joly announced consultations on updating the Official Language Regulations, which outline where the government provides services in both official language.

The consultations and hearings will take place over the coming two years, culminating in revised regulations in the spring of 2019, before the next election. In the meantime, the government will impose a moratorium on any changes to where bilingual services are offered.

“The government is announcing a moratorium that will ensure that 257 service points will continue to offer services in French and English until regulations that are more modern and more representative of the reality of those communities are developed,” said Brison.

Brison said the government also wants to look at how changes in technology that have taken place since the regulations were last revised can help it provide bilingual services.

“We have the potential to offer more services in both French and English today, in more places and in more ways than we would have dreamed in 1991.”

Under the Official Languages Act, federal government institutions are obliged to provide services to the public in both English and French in the National Capital Region, as well as across the country “where there is significant demand for communications.”

If an English community in Quebec, or a French-speaking community elsewhere in Canada, is too small to qualify, federal government institutions — from Service Canada to the local post office — aren’t obliged to offer services in the minority language.

The government uses census results to determine what constitutes significant demand and the regulations spell out how many people have to list a minority language for an area to qualify for bilingual service.

Minority language groups, however, have at times complained that the regulations are too restrictive and don’t always take into account everyone who would like to be served in a minority language. 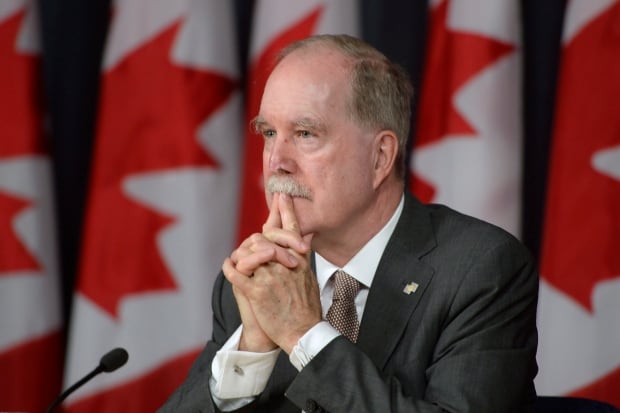 In his final report as Official Languages Commissioner last May, Graham Fraser listed providing government services in minority official languages as a priority.

He recommended that the Treasury Board do an evaluation of “the effectiveness and efficiency of its policies and directives” for implementing the rules governing communications and services to the public.

“A minority community can be thriving and growing, but if the majority grows faster, services are lost. This is simply unfair,” Fraser said at the time. “Bill S-209 provides a way of addressing the injustice, as would a revision of the Official Language Regulations.”

Bill S-209, tabled by Senator Maria Chaput before she retired, would update that section of the Official Languages Act to determine which areas are entitled to bilingual services according to the number of people who know an official language and a community’s vitality — rather than according to mother tongue.

“Official language minority communities have changed a lot over the past 20 years, but the regulation governing provision of services to those communities dates back to 1991,” Chaput told the Senate last February.

“The government’s methods for calculating the size of official language communities are outdated, and those communities, and Canada’s linguistic duality, suffer as a result,” she said, calling the matter “urgent.”

“Reducing services because of incorrect and outdated definitions leads to assimilation and flies in the face of the Official Languages Act.”

Chaput’s bill is currently at the second reading stage in the Senate.

“Francophone communities have changed and evolved since then and the people in Canada who would like to use French have changed as well.”

“The QCGN welcomes an open process that ensures the regulatory framework supporting the Official Languages Act remains relevant and flexible while preserving continuity of the federal government’s duty towards the linguistic rights of Canadians.”

Elizabeth Thompson can be reached at elizabeth.thompson@cbc.ca