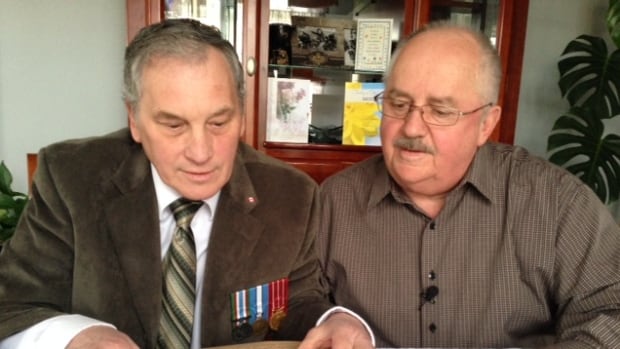 Doug Dickinson and Ward MacDonald (right) say they would have taken second language training, were it paid for. (CBC)

Two commissionaires working at the Vitalité Health Network Community Mental Health Centre on Albert Street in Moncton are being removed from their jobs because they aren’t bilingual.

Doug Dickinson, 61, from Riverview received a letter May 5 from the Canadian Corps of Commissionaires stating he’d be “administratively removed” from his job effective June 3.

“I’m a 23-year veteran that served in Canada and overseas. I was good enough to serve in the military,” said Dickinson.

“I spent many years with French Canadian people. I’ve never had any problems with any of them — my wife is French.”

The problem isn’t that he doesn’t get along with francophones, however. It is that he cannot operate in his position as a commissionaire in both English and French, which is a requirement.

The letter says he does “not possess the required linguistic skills” and the move is “not performance related.”

The letter comes after a report from the province’s commissioner of official languages in March, when Katherine d’Entremont called on government to ensure all commissionaires who deal with the public be bilingual. 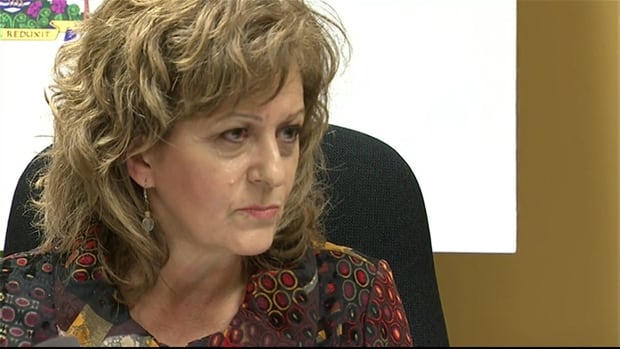 Official Languages Commissioner Katherine d’Entremont issued a report in March calling on the province to make bilingualism a requirement for all commissionaires who work with the public. (CBC)

D’Entremont said front-line commissionaires must deal with all members of the public, sometimes in emergencies, and even a team approach, where a unilingual commissionaire seeks another who speaks the other official language, does not meet the requirement for equal service in English or French.

“The institution cannot hope to meet its linguistic obligations by offering immediate, in-person services to anglophone clients, while clients wishing to receive services in French must be content to wait” for someone else with different responsibilities, she wrote.

In a written statement to CBC News, Pieter Kramers, the chief executive officer of commissionaires in New Brunswick and Prince Edward Island., says the decision to implement bilingual security services was prompted by its client, Vitalité.

“As a service provider, we respect that decision and we will ensure that bilingual commissionaires are available to perform those duties.” said Kramers.

In a statement to CBC News, Vitalité Health Network says it received notice from the Office of the Commissioner of Official Languages for New Brunswick about its intent to launch an investigation following a complaint.

The statement goes on to say the complaint, submitted by a citizen, “addressed an apparent deficiency in the offer of service in both official languages by a commissionaire responsible for greeting and security services at the public health/mental health building.”

‘There indeed was a deficiency in the offer of services in both official languages.’– Vitalité statement

“Upon receipt of notice from the Office of the Commissioner of Official Languages, Vitalité Health Network proceeded to evaluate the facts surrounding the matter.” the statement says.

“This process led us to determine that there indeed was a deficiency in the offer of services in both official languages.

“New Brunswick’s Official Languages Act stipulates the health authority must offer services to patients and members of the public in the official language of their choice.” 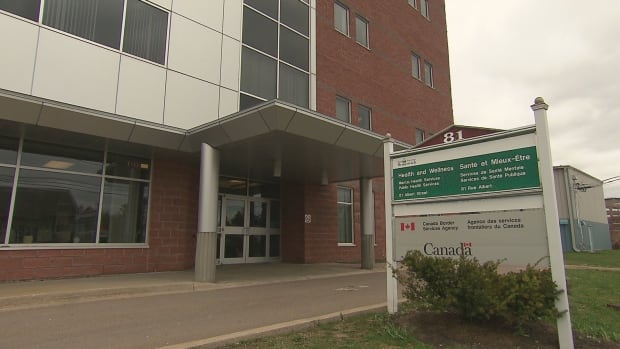 Dickinson and Ward will be let go from their jobs as commissionaires at the Moncton Community Mental Health Centre. (CBC)

Dickinson, and his 67-year-old colleague Ward MacDonald, who received the same letter, both say language requirements were not discussed when they were assigned to the Albert Street building. Dickinson began working there in 2014.

MacDonald says he was shocked.

“Truthfully I was really saddened, disappointed,” he said.

“Like I say, I worked there for over five years I’ve never had a problem, not to my knowledge. I get along with everybody. Yeah, I was really saddened.”

Dickinson says he understands the need for bilingual commissionaires but doesn’t like how his situation has been handled.

“I can see to a point yes, but the way I feel, I’ve already been employed there for a year and a half,” he said.

“I think in this situation what they should have done is instead of jumping the gun, which they did, I feel they should have maybe grandfathered us in or maybe a form of attrition where after I decide I would like to retire they implement that policy.”

Both men say they would take French courses if they were paid for.

“If the province of New Brunswick wants us to be bilingual maybe they should come up with something where they’re going to fund this for us and say OK here’s the funding — do you want to take the course?” said Dickinson.

MacDonald says he suggested language training to a supervisor.

Both men are now looking to what they’ll do next.

Kramers’ statement says currently it doesn’t look like they’ll be with the commissionaires.

“We continue to look after the best interests of all our commissionaires, including those displaced by changing client requirements. Unfortunately, at this time, alternative opportunities are limited.”