It’s been a long and twisting legal road from the constitutional entrenchment of New Brunswick’s language duality in 1993 to Wednesday’s court hearing on dual buses.

The Court of Appeal will spend two days dealing with procedural issues in the constitutional reference case, with full arguments expected in the fall.

The Liberal government argues duality provisions and other language sections in the Charter of Rights and Freedoms require it to provide English and French busing — a position that contradicts what Liberal Premier Frank McKenna said in 1992.

McKenna’s government put duality in the Charter, arguing the amendment would not expand the right beyond what existed at the time and would not be “subject to constant legal interpretation.”

So what changed between then and now?

Michel Doucet, a University of Moncton law professor, said in his forthcoming book on language rights in New Brunswick that McKenna was right in 1992: legal precedent held that the courts should show “restraint” on language rights.

“The Supreme Court had fairly strongly decided that it wasn’t the role of the court to build on rights,” Doucet said in an interview. 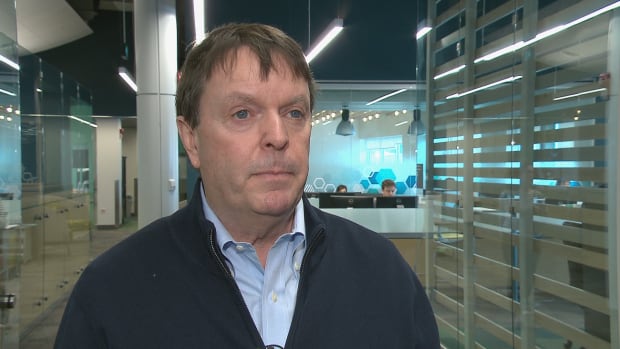 “That was a political issue and it should be in the political domain.”

But that changed in 1999, when the Supreme Court ruled in a British Columbia case that language rights had to be interpreted more widely.

McKenna’s “worst fears were realized,” Doucet writes in his book.

The premier’s modest, “status quo” interpretation of his own Charter amendment was no more.

“The courts now would be more ready to give a broader interpretation to language rights than they were in 1992,” he said. 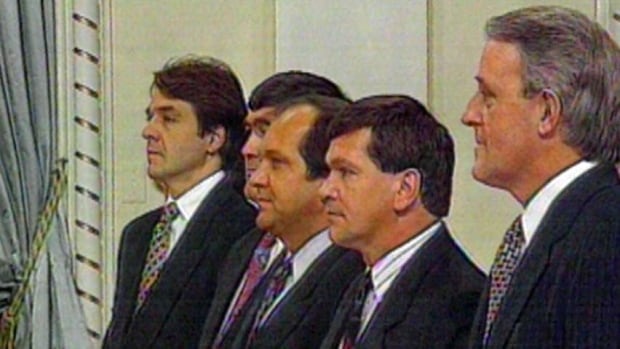 McKenna’s government included linguistic duality in the 1992 Charlottetown constitutional agreement, negotiated with Ottawa and the other provinces.

It would add duality to existing Charter provisions on bilingualism and minority-language rights.

The New Brunswick-specific duality provision was based on the preamble of Bill 88, legislation passed by the previous Progressive Conservative government of Richard Hatfield.

It said English and French communities in the province had the right to their own educational and cultural institutions, but the legislation lacked the same legal force as the Constitution.

Charlottetown would have changed that. But facing fears that it would prompt the courts to order full duality in all government operations, McKenna said, his government decided “to carefully circumscribe” duality by including only the preamble to Bill 88, not the entire legislation.

McKenna told a newspaper reporter in April 1992 that would prevent the courts from interpreting the rights too broadly.

“It’s more important that these questions are decided in the political arena,” he said.

The Charlottetown accord was defeated in a national referendum, but got a 62-per-cent “Yes” vote in New Brunswick.

McKenna took that as a mandate to entrench duality through a bilateral amendment ratified by the provincial legislature and Parliament.

During that debate, the Liberals again argued the duality section would not expand government obligations but would merely protect existing dual school systems.

“There’s no change from what we have now,” Liberal cabinet minister Vaughn Blaney argued during a CBC debate in early 1993.

“That’s really all there is in this particular part.” 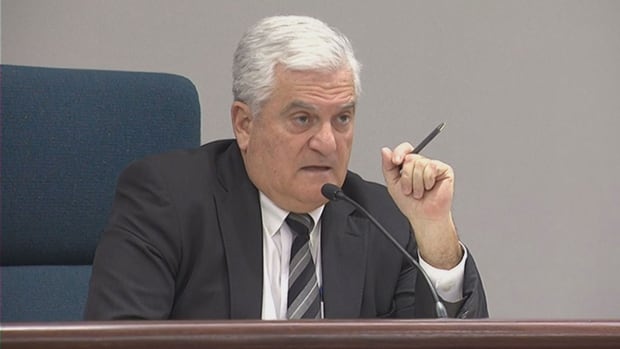 Ernest Drapeau, the chief justice of the Court of Appeal, is expected to hear full arguments in the dual busing case in the fall. (CBC)

Doucet said that logic likely came from government lawyers looking at three 1986 language-rights rulings by the Supreme Court of Canada.

While the three cases from Quebec, Manitoba and New Brunswick were different, the rulings established a common principle: because language rights came from political compromises, they didn’t merit the same legal protection as other Charter rights.

“The courts should pause before they decide to act as instruments of change with respect to language rights,” Chief Justice Brian Dickson wrote in one of the rulings.

“The courts should approach them with more restraint than they would in construing legal rights.”

That meant there was “no danger in the provincial government going ahead and entrenching [Section] 16.1,” Doucet said.

“The decision to enhance those rights would be in the hands of the politicians in Fredericton, and the courts would have a hands-off approach to linguistic rights.”

Thirteen years later, however, the court upended that notion in the Beaulac decision, authored by Justice Michel Bastarache, a New Brunswicker. 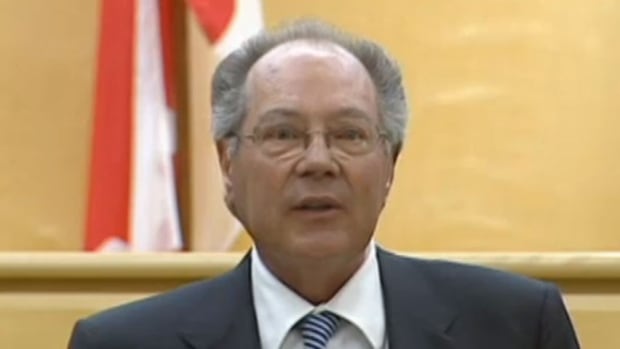 Former Supreme Court of Canada justice Michel Bastarache’s wrote in a 1999 decision that language rights must “in all cases” be interpreted language rights broadly to meet the overall purpose of language equality. (CBC)

“Language rights must in all cases be interpreted purposively, in a manner consistent with the preservation and development of official language communities in Canada,” Bastarache wrote, emphasising the words “in all cases.”

That meant lower courts were required to broadly interpret language rights to meet the overall purpose of language equality, a requirement that applies not just to the duality sections of the Charter but also to Section 23, which protects minority-language rights.

“So that was certainly quite different from the legal context the provincial government was in when it decided to move forward with the entrenchment of Section 16.1,” Doucet said.

The broader interpretation contributed to English-only municipal bylaws being declared unconstitutional in 2002 and to the provincial government creating two regional health authorities during reforms in 2008.

And it’s also part of the province’s interpretation for arguing now that it’s obligated to provide dual busing — the kind of constitutional guarantee that was far from Liberal thinking in 1992.