A billboard stating “English have rights too” in downtown Moncton is creating a controversy in the city.

It was paid for by donations from members of the Anglophone Rights Association of New Brunswick.

The billboard is posted at the corner of King and Main Streets, facing oncoming traffic from Dieppe.

It also advertises a meeting for the association taking place on August 11.

“We’re a bilingual province, I think it’s offensive and should be taken down,” he said. 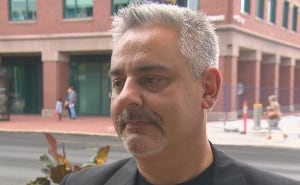 Others, like Paul Boomhower, don’t see the need for an anglophone rights campaign in New Brunswick.

“I don’t think the sign is necessary at all,” he said.

Boomhower is a unilingual anglophone and said that has never prevented him from finding work in the nine years he’s lived in the city.

“I was originally brought to this city to work in Dieppe for four and a half years, I’ve never had a problem and I was in customer service,” he said. “Everyone was extremely accommodating one way or the other.”

The group put up the billboard in the hopes of enticing potential new members to come to the meeting on August 11, according to Sharon Buchanan, president of the Anglophone Rights Association.

“We are looking for members to join our ranks and lend their support to our cause,” she explained. “Our cause is not to oppress or to take away anyone’s rights. Our cause is to work with government and hopefully eventually to work with the French community to establish some balance and logic in how the language laws are applied in a manner that is going to benefit both of our communities and reduce the tension between us.” 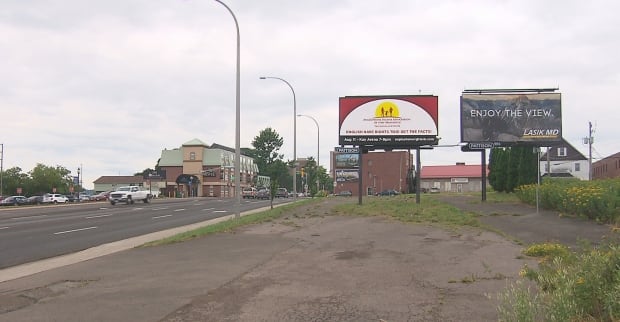 The billboard is located on one of the busiest streets in Moncton. (CBC)

Buchanan feels there is a growing divide between the anglophone and francophone linguistic communities.

“I don’t believe that there is enough access for anglophones to truly mingle in life events, festivities, arts and culture, for us to truly learn from one another.”

According to Buchanan, chief among the group’s concerns are: access to second language education, resources spent on enforcing bilingualism, and barriers to employment that unilingual New Brunswickers face.

Speaking about the anti-French comments on the group’s Facebook page, Buchanan said: “We don’t allow that kind of communication at our meetings or at our events. As for social media, you can’t really control what somebody says.”

Philippe Beaulieu is the interim president of the Société de l’Acadie du Nouveau-Brunswick, a similar group that defends the rights of Acadians in the province.

He believes that in general Moncton is a very pro-bilingualism city.

“I’ve been here for 40 years in Moncton and it has changed dramatically over the years,” he said. “I was told once to speak English because I was on the sidewalk, and you’d hear a lot of that, and that’s gone.”

He said he doesn’t understand the point of the billboard, and doesn’t feel there is a language divide.

“If they are against duality, they don’t understand really what it means, bilingualism. Because in education, we need duality.”

He’s aware of the Anglophone Rights Association and said it has been around for years in different incarnations. 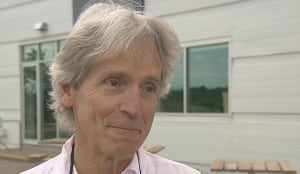 Philippe Beaulieu of the Société de l’Acadie du Nouveau-Brunswick believes that in general Moncton is a very pro-bilingualism city. (CBC)

“Every citizen has a right to form organizations but when it comes to promoting anti-francophone or anti-anglophone sentiments that’s where I disagree.”

He referred to an incident last July when the group was accused of Photoshopping an image of Commissioner of Official Languages, Katherine d’Entremont.

“When you see an ad with the language commissioner dressed in a Nazi uniform just about a year ago, I don’t think that’s very positive. That’s anti-French,” he said.

Buchanan says her group was not responsible for the image.

“That was not our group. There are a number of social media groups out there who in some form, and to some degree are opposed to the situation that’s going on, some are a little more confrontational than others,” she said. “We have not put out or published any memes or posts or graphic art in that manner,” Buchanan concluded.