The New Brunswick Court of Appeal has signalled it’s still uneasy with having to handle the legal hot potato of dual school busing.

Chief Justice Ernest Drapeau said Wednesday he is concerned about a number of aspects of the coming court case on the constitutionality of separate bus systems for English and French school systems.

Drapeau said the case must be “a fair adversarial battle” between supporters and opponents. “I’m not convinced that is the case here.”

And he told lawyers he doesn’t want to see duelling expert witnesses and political posturing during the case.

Drapeau told a procedural hearing for the case that he and his fellow justices still aren’t sure “if this is a proper case to go forward” at the appeal level.

“We have serious preoccupations about using the vehicle of a reference case to determine this issue,” said Drapeau.

The hearing was held to deal with procedural issues Drapeau raised in the case in February, such as how the “No” side should be represented, who should get to intervene in the case, and whether the province should pay their legal bills.

After weeks of controversy in 2015, the province asked the court to rule whether the dual system is required under language-equality provisions of the Charter of Rights and Freedoms.

Drapeau said he is preoccupied by giving everyone a say. “We don’t want to exclude anyone from this hearing on `technical’ grounds,” he said, “but we’re duty-bound to follow the rules of the court.”

Mike Young, a lawyer for the People’s Alliance of New Brunswick, said the political party was asking to argue against dual buses because “we knew of no other person arguing the other side of the coin.”

Drapeau said it’s unusual to give a political party standing in a constitutional case and warned Young he’d have to make arguments “not to be political but to be legal.” 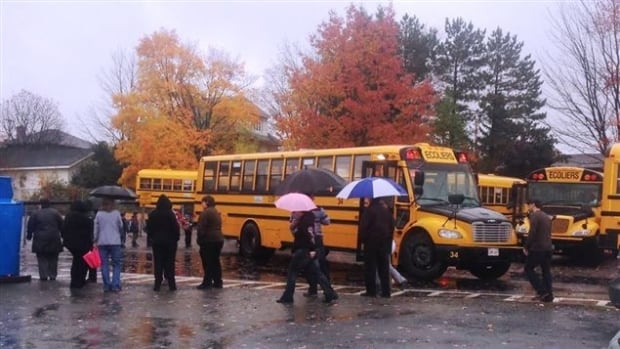 The People’s Alliance is also asking the province to pay its legal costs up front, the only way it says it can afford to intervene. (CBC)

The People’s Alliance is also asking the province to pay its legal costs up front, the only way it says it can afford to intervene.

The court reserved its decision on that issue and on all the other issues it heard Wednesday.

Friend of the court

Alliance leader Kris Austin told CBC News the party has limited funds and the decision on upfront costs could determine “whether we proceed at all. … We don’t have anywhere near the resources to take this on.”

Another option for Drapeau is to appoint an amicus curiae, or “friend of the court,” to make the arguments against dual busing.

Drapeau also said he was worried by the province’s plan to introduce expert evidence, including a report by language expert Rodrigue Landry on how the school system affects assimilation.

He said that could require cross-examination and turn the hearing into a duel of expert witnesses, something that rarely happens at the court of appeal. 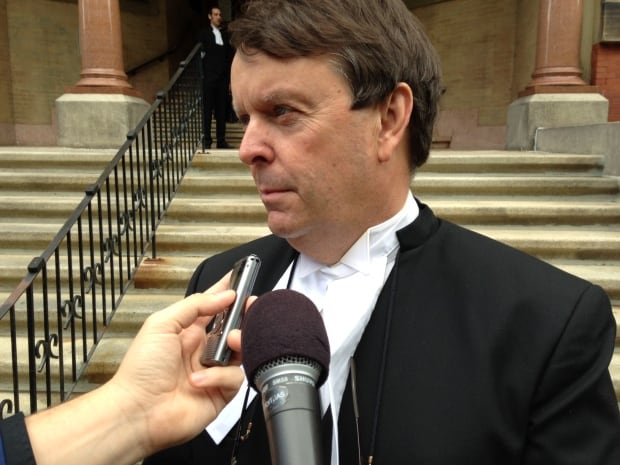 He chastised Richard for saying the Supreme Court of Canada routinely deals with expert evidence.

At that level, there’s an “army of litigators” on both sides with plenty of expertise to scrutinize the evidence, Drapeau said, but “in the real world” at the provincial level, those arguing against duality may not have the legal resources to mount a fair fight.

“There’s an imbalance there,” he said. “I would need to find a way to balance the scales.”

Michel Doucet, a lawyer for New Brunswick’s three francophone school districts and a francophone parents’ group, told reporters the chief justice was raising valid questions, given the importance of the case. The court “wants to make sure everyone understands and everyone has a level playing field in terms of presenting their case before the court.” 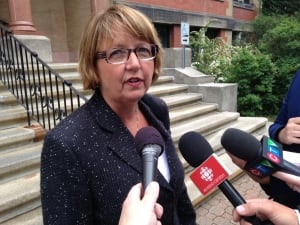 Jane Sherrard is one of the people opposed to duality, seeking to intervene. (Jacques Poitras/CBC News)

The other duality opponent seeking to intervene, retired Riverview school teacher Jane Sherrard, didn’t have a lawyer, which prompted a warning from the chief justice.

He told Sherrard, who admitted she didn’t understand the legal procedures, that if she was given the right to intervene and her side lost, she might have to pay legal costs.

“I strongly urge you to consult a lawyer so that the options can be explained to you,” the chief justice said.

Sherrard told reporters later she had broader concerns about the education system, including French immersion. “I would like someone to fix our English programs, sir,” she told Drapeau during the hearing. “I’ve been through eight ministers of education.”

Not place to fix education system

But Drapeau told her the case was about constitutional requirements. “This is not the forum for hearing your views on where the education system is going.”

Sherrard said she’d look into hiring a lawyer but she has “limited means.” Drapeau also questioned why the court needed to also hear from national groups representing francophone school boards and parents, given provincial parents’ and school district groups were also applying.

Drapeau questioned what constitutional arguments they could offer that the New Brunswick groups wouldn’t also make.

“We could have 50 intervenors but what would that accomplish?” he asked.

Drapeau didn’t set a date by which he’ll rule on the various intervenor motions and other issues. There’s also no date set for the eventual full hearing on the substantive constitutional merits of the case.